The next step in Apple’s goal of making the iPhone the sole thing anyone has to carry, continues with the device being able to securely replace passports, driver’s licenses, and other physical forms of identification.

Apple most recently announced a plan to rid the world of car keys, but the iPhone has already made us forget what it’s like to carry diaries, cameras, pens, and even mirrors. Now the company is focusing on getting rid of passports — plus library cards, ski passes, and ID cards in general.

A series of slightly different patent applications, all entitled “Providing Verified Claims of User Identity,” detail methods by which a user’s ID can be recorded or transmitted — and confirmed. Apple does not use the word iPhone once, but instead refers hundreds of times to devices that could be any piece of technology.

Under this proposal, a device such as an iPhone could securely transmit some form of ID. If the owner of the device is already verified, say by the biometric sensors in Apple Watch, that verifies the ID being sent.

While Apple’s application chiefly refers to passports, it’s intended that one system be used for many things. “[This] allows a user to obtain a verified claim of identity that serves as a digital identity for the user, that includes information for identifying the user (e.g., information that was provided by the user and verified by one or more systems), and that can be re-used across different service providers,” says the application.

The five borderline-identical patent applications discuss features such as the user’s choice to opt-in to providing ID, and technical details of how the data can be securely transmitted. All five are credited to the same six inventors, including Christopher Sharp and Gianpaolo Fasoli, both of whom have prior related patents such as “Data verification via independent processors of a device.”

That, Sharpe’s other patent regarding “Methods and apparatus for user authentication and human intent verification in mobile devices,” and these five are far from Apple’s first research into iPhone as ID. 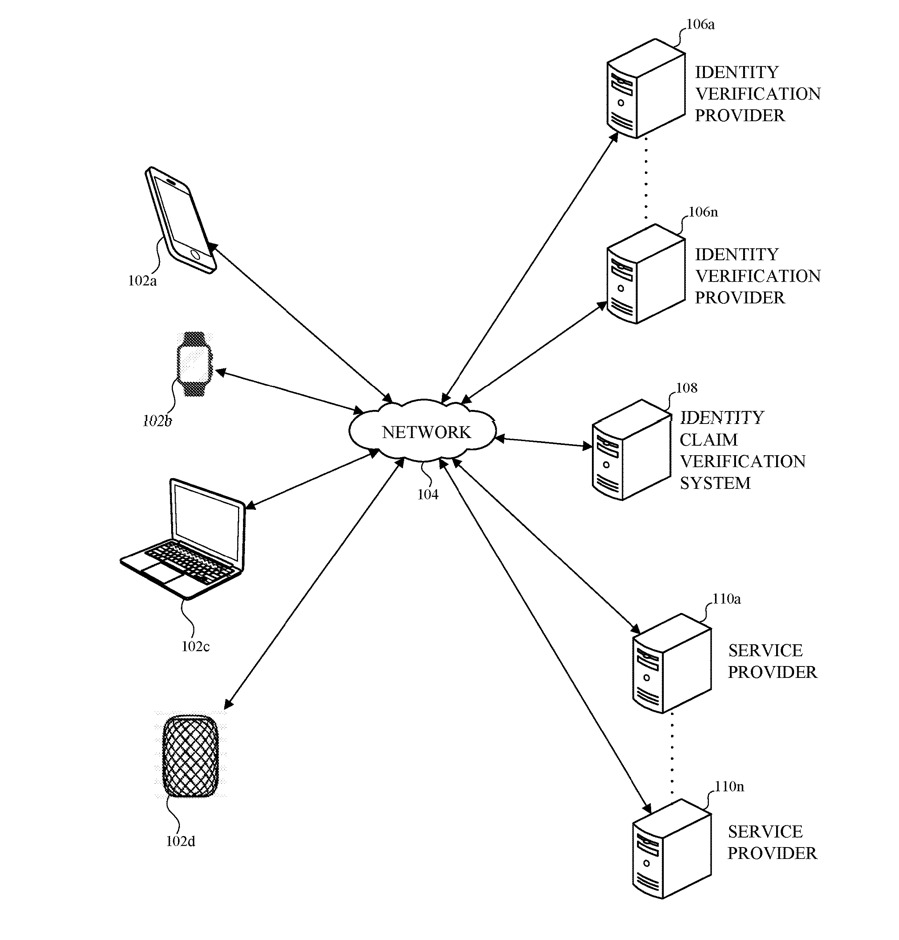 Previously, Apple has worked on secure ways of presenting government ID, and it has worked with both German and UK governments to help local identification projects.

Apple’s vice president of internet services and Apple Pay, has publicly said that the company wants to provide ID, but also that it’s difficult.

“You may use a mobile passport when you’re going through airports today, and so it is moving and I think it will continue,” she added. “So it’s not too far away, it just won’t be as fast as some of the other activities we have.”

Ready to get help from the Business Advertising Professionals?

No matter what your marketing and advertising opportunities are, we have the solutions for you.